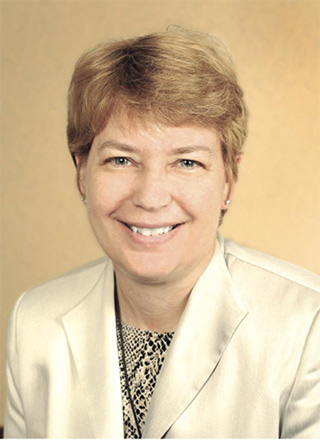 When Christine Keefe joined Metro Imaging as CFO in 2002, it didn't take long for her to adopt what some at the company call its "Disney-oriented" culture - friendly, service-oriented and warm.

"Chris had the unique ability to help us improve and grow professionally without disrupting the positives that were in place," CEO Harley Hammerman said. "She personifies 'professionalism with a personal touch,' a philosophy the company takes seriously."

Physician-owned and -operated since its start in 1994, Metro Imaging has five locations in the greater St. Louis area that feature state-of-the-art technology. The company employs 65 people and had about $30 million in revenue during 2007.

"Chris came to us as a numbers person and has since integrated her vast accounting background into our organization," Hammerman said. Keefe helped Metro reduce its debt-to-equity ratio from over 3 in 2002 to 0.98 in 2007.

While many imaging companies were tightening their belts last year in preparation for significant industry cuts by Medicare and commercial insurance, Keefe advised Metro Imaging to invest in state-of-the-art digital mammography equipment. The company spent about $2 million total for five pieces of equipment, one for each site, she said.

"Not only did the new equipment greatly improve patient care through exams with less radiation, but the insurance reimbursement increased about 35 percent, patient volume increased by at least 10 percent, and physicians spent their time more efficiently," Keefe said.

Keefe, 46, also assisted in rolling out Metro's OnSite Results service in 2007. This service provides patients with the preliminary findings of their exam before they leave the building. Its development required significant research, testing, training, planning and communication. Hammerman said Keefe was an integral part of the entire process, including planning the marketing campaign to promote it. Metro is the only center in the country offering this service.

"Our volume is up 4 percent, which is huge in this business," Keefe said. "There's a lot of competition in radiology, so we started a strong advertising campaign in June 2006 that included TV, radio and Internet. We delivered letters and personally talked to referring physicians."

Keefe said this service has changed their operations, since radiologists didn't always read exams immediately, and referring physicians now have to be contacted to see whether they want the imaging site to deliver 'bad' news, or send the patient to them. "It takes a very sensitive, caring staff to handle these situations," she said.

Keefe said that when she came on board, Metro wanted a CFO who would take more of a management role and be involved in the company's entire operations. The team is made up of Keefe, Hammerman and Deanne Blume, chief operating officer. Hammerman said Keefe works tirelessly at all levels, from working with an individual employee to planning new projects.

The company's next project is investing $4 million in two new MRI machine upgrades, the first of their kind in the area, according to Keefe. The stronger magnet, open-sided machine will cut exam times in half, double capacity and provide patients with a less claustrophobic experience.

"It's not just an exam, and people aren't just numbers," Keefe said.

She uses a similar mindset in working with her colleagues.

"I sit down with site managers and talk numbers, not just send a report," she said. "I want them to understand how things that happen at their site impact its numbers - like working overtime, ordering supplies, calling in sick. And I ask for their input."

In 2007, Keefe served as treasurer for the Medical Group Management Association of Greater St. Louis and is now president-elect. Currently, she is designing a financial management seminar for the association to assist medical practice executives who do not have an accounting background with managing the financial side of their job. Keefe is an active member of the Professional Women's Alliance and is a past president. She is currently pursuing Certified Medical Practice Executive (CMPE) status through the American College of Medical Practice Executives.